Trailer «The Art of Krump» 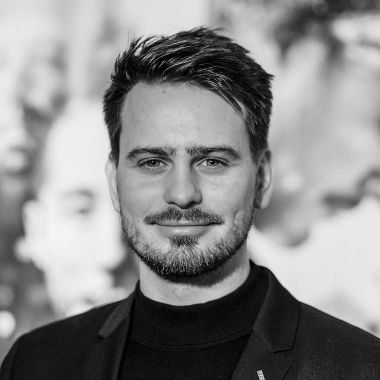 Steve, born in 1988 in Freiburg/Breisgau, graduated with a Bachelor of Science in Business Informatics, after which he worked for over a year as a business consultant in the IT world of SAP. To fulfill his dream of film and storytelling, he gave up his well-paid job and studied at the Film Academy in Baden-Württemberg. During this time, he also completed a six-month masterclass program at the renowned film school La Fémis in Paris to study cinematography.
During his studies came the request to make a documentary for the legendary breakdance crew "Flying Steps" about their life story. His first feature film "Flying Revolution" made it to German cinemas, was shown at 21 film festivals, and won several awards. The film "Panje", a short film about three generations of women in Zanzibar who fight to learn how to swim, was awarded silver at the 2021 Young Directors Award in the category Changing the world frame by frame.
Steve loves to tell inspiring stories authentically. Because of that, Rocket Film loves working with Steve Won.