Trailer «In My Skin» 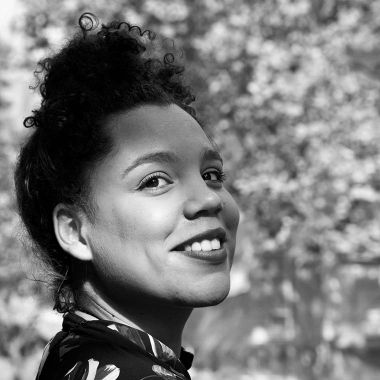 Anna-Sophia was born in 1991 in the Dominican Republic, today she lives in Berlin. In Guatemala, she trained at the film school Casa Comal Escuela where she gained her first film experience.
In 2013 Anna-Sophia began her studies at the Filmakademie Baden-Württemberg. During this time she shot both short films and feature films. Her film "In meiner Haut" thematizes domestic violence against women in a courageous and direct way. In 2020 she graduated with the film "Los cuatro vientos", which was made in collaboration with SWR.
Her films have been shown at several international festivals: DOK.fest Munich, Ji.hlava international Documentary Film Festival, Film Festival Max Ophüls, etc. Anna-Sophia's honest look at the world and her social ambition, in combination with her unique visual language, is impressive. Therefore Rocket Film is proud to represent Anna-Sophia.